Within a couple of years, Godox has grown from a small Chinese flash manufacturer no one cared about to a brand that most photographers know. Their products are affordable and offer what most of us need. They are far from being in the high-end market and able to rival the Europeans that are Profoto, Broncolor, or Elinchrom, but that may be changing. At least, the leaked page of the AD600 Pro seems to indicate that Godox is learning fast and improving its products.

Even though it’s not official, the page that was leaked earlier today on Godox’s website seems to announce the replacement of the AD600, and it’s called the AD600 Pro. The specs that were shown indicate that Godox has learned from other brands' errors and customers' feedback to make a very appealing product. While it won’t have more power than the current AD600, it does come with a bunch of new and improved features that will help the brand compete with bigger names such as Profoto, Elinchrom, or even Broncolor.

First, its new design includes a non-recessed flash tube will significantly improve the spread of light and help you get the most out of many light modifiers. The new design should also help with the power output, and a difference may be noticeable: it’s the case with the Elinchrom ELB400 vs. Profoto B1X design, for example. 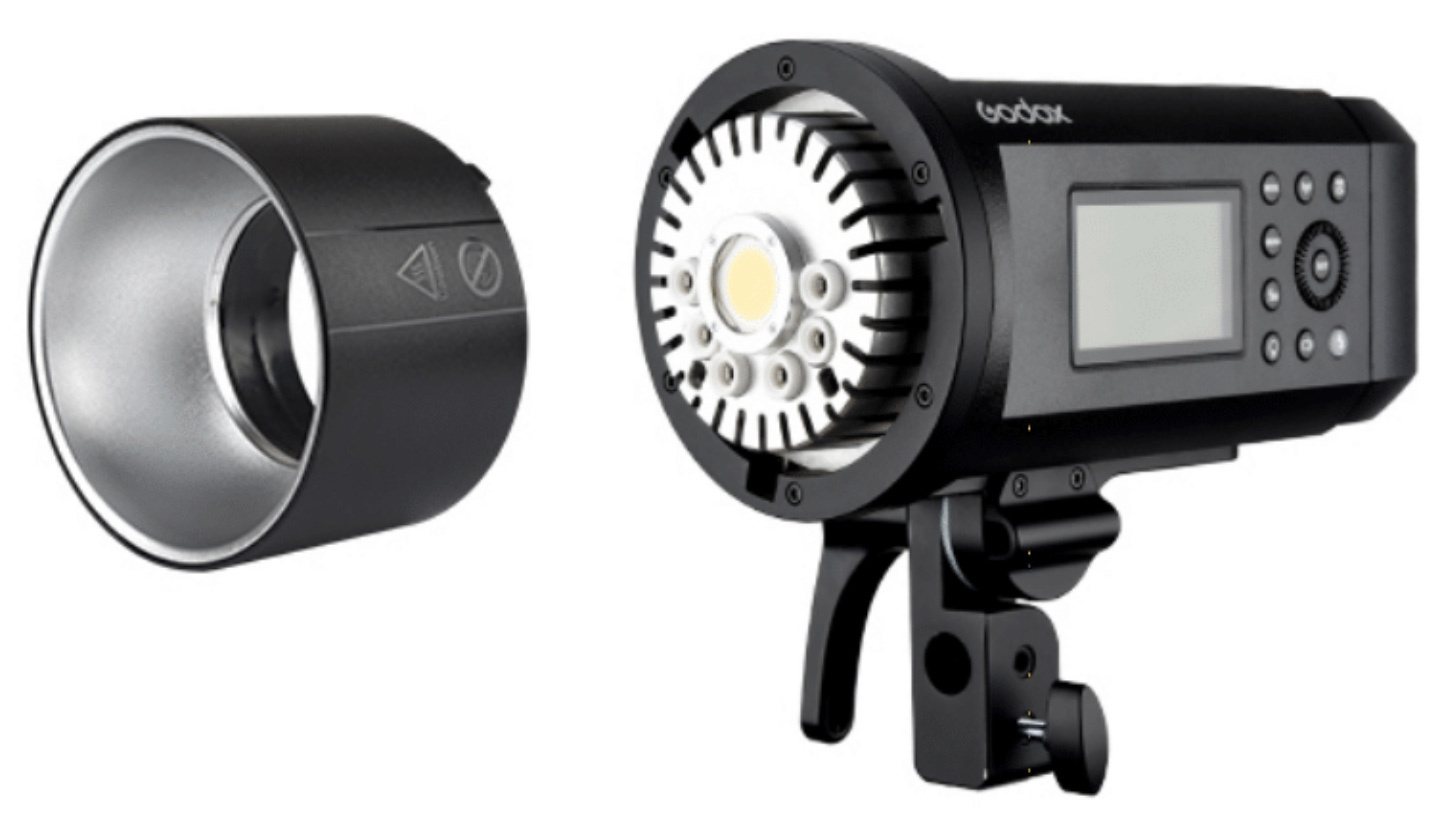 The recycling time is also significantly improved and even surpasses what the Profoto B1Xis capable of. At full power, it will require less than one second to be ready to pop another flash! That’s almost half of what the B1X needs. Even the modeling lamp is more powerful than the B1X or the Siros L with a 38W LED color-balanced at 4800K.

But more interesting and surprising, what caught my eye is the extremely good color temperature consistency that is indicated. Godox apparently will announce a new color stable mode that will yield color temperature changes of +/-75K over the whole power range! If brands such as Profoto or Broncolor can keep their prices, it’s partly due to their color consistency. However, when you know that the B1X is capable of "only" +/-150K over the full range and Broncolor ECTC patented technology warrants a +/-50K, you may start to wonder why your next flash shouldn’t be a Godox if color is the only argument. 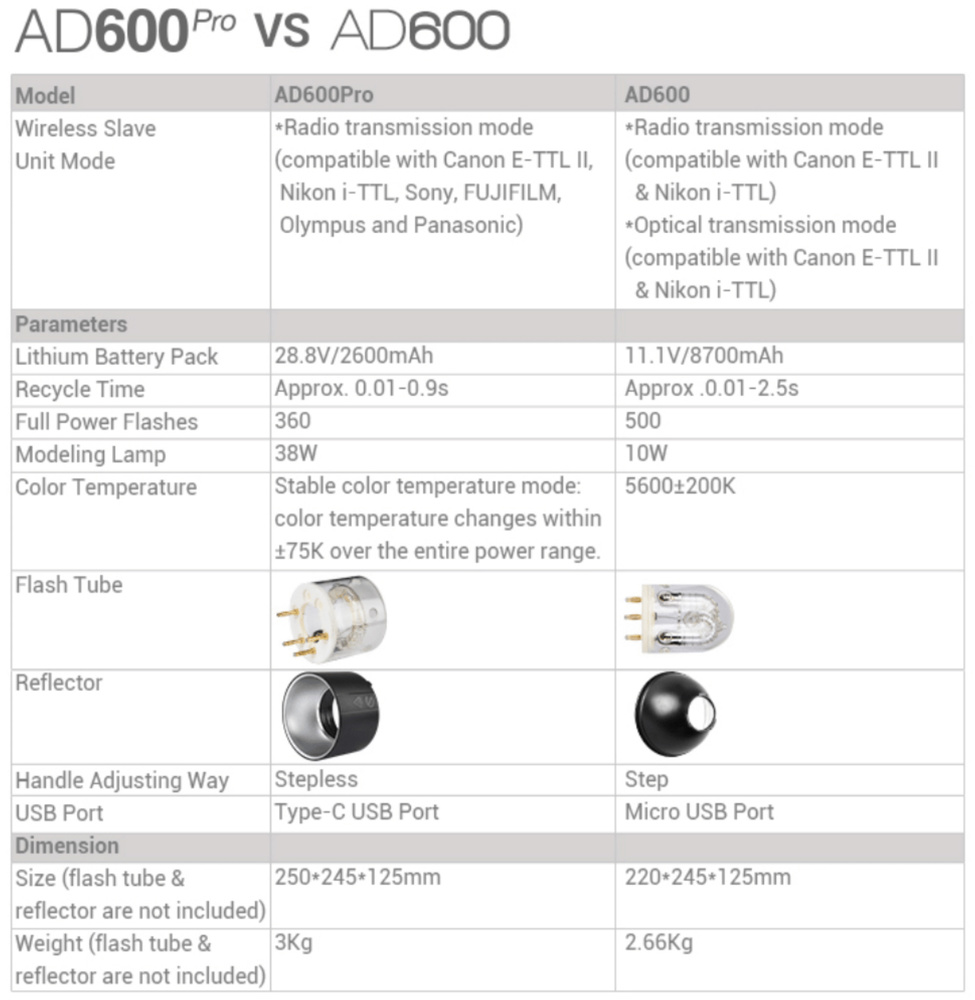 Another fact that’s important to notice is that the radio system will be compatible with Canon, Nikon, Fuji, Sony, Panasonic, and Olympus. I’m sure many Fujifilm users will be happy to read that!

On the less desirable side, the number of maximum flashes at full power will go from 500 to 360. But something had to be done to get those faster recycling time. 360 is probably more than enough at full power for most users anyway as I’m sure most of us actually rarely need those 600 Ws. 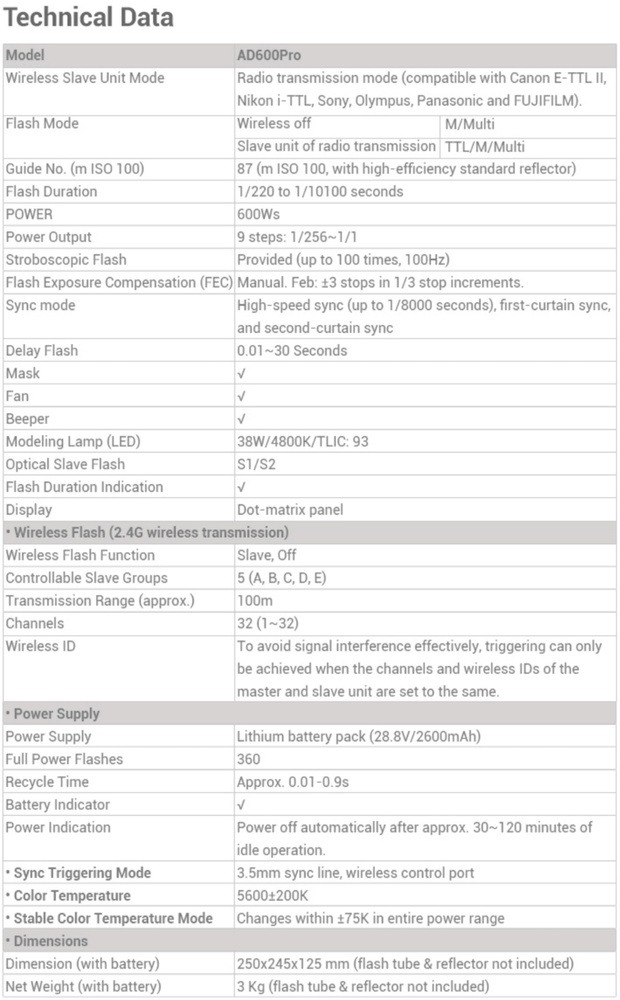 The only very annoying feature I hope Godox will get right with their future units is the power adjustment. Why keep it to thirds of stops and not change it to tenths? They almost got everything perfect with this AD600 Pro spec sheet except for the power adjustment. It’s such a shame that they went so far to create a dream flash but failed with such a fundamental and straightforward functionality. I mean, they even created an answer to those like me who don’t like the B1X, Siros L, and AD600 designs that put all the weight on top of a light stand by creating an optional portable flash head! 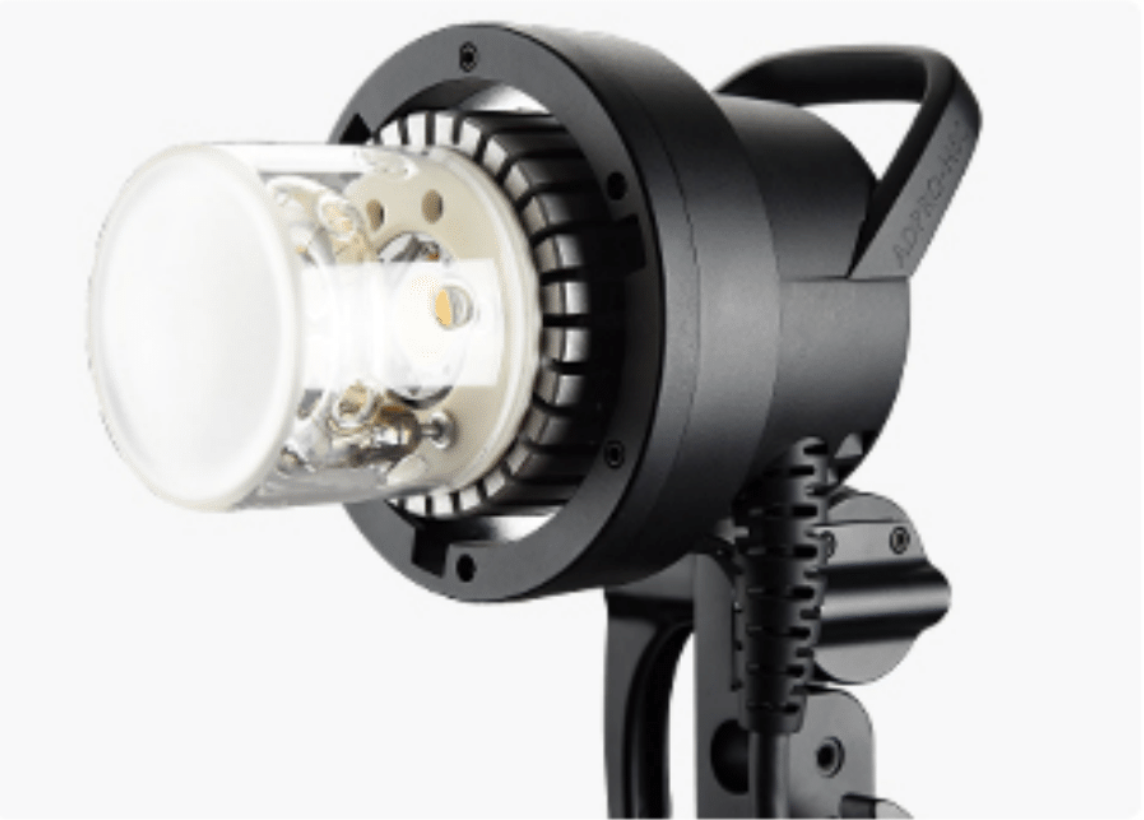 I’m very curious to see the official announcement to learn more about the pricing of the unit and its accessories. But so far, I’m very impressed with what Godox has leaked. It looks like a competent unit that will make many think twice before buying yet another B1X like every other photographer. What do you think? Is Godox becoming a major actor in the flash industry? Will they eat even more market share in 2018? Be sure to leave your thoughts in